The Shameless Art of Self Promotion

So, now that I'm this big time author and I've been on TV I guess I'm kind of famous. Ah... the life of a celebrity.

Just kidding. I know I'm not famous in the way we usually mean it, but I have been interviewed on radio and TV and my kids think that's pretty cool. So I'm good with that level of fame!

I have this bad habit of playing small. I've done it for years! Any accomplishment or credit I get I immediately downplay. Why? Maybe I don't want to come across as boastful or arrogant? Maybe because I'm embarrassed? (Embarrassed of doing something good. That makes no sense at all). I've even been told I play small because I don't think I'm worthy.

The real reason is a mix of all those and then some. But playing small has gotten me... not very far.

So a few years ago I had this idea for a book. It took me a long time to write it, partly because life kept getting in the way, partly because I was playing small and afraid to actually let my dream come true. Little ol' me a published author? No way.

But I finally finished the book and had it published! Woo Hoo!

(Get ready for a shameless plug here)


You can buy Creating A Joyful Life: The Lessons I Learned From Yoga and My Mom on Amazon or any major retailer where books are sold. You can also buy it out of the trunk of my car. Seriously, I keep some in my car to sell. And believe it or not I've sold quite a few that way.

Is that really a shameless plug? Or is it self promotion?

I am learning that not only is it OK to self promote, it is encouraged and expected. And, in fact, self promotion is the best promotion there is! No agent in the world is going to be more connected to your story or product more than you.

Who better to tell your story than you?!

It's a lesson I learned very quickly this summer. I call it the" Summer The Universe Kicked My Butt Out The Door And Away From Playing Small".

Eventually my work caught the eye of some local media people and I was asked to do the Marybeth Conley radio show. Which led to the Earle Farrell radio show.

(Cue music to Moving On Up here)

That led to an interview on WREG Memphis Live at Nine. My first live TV interview!

And what was my first thought when I was asked to be on TV?

I wasn't too concerned about what to say, my content, after all, was my story. I knew I could tell  my story. I just was a little nervous about telling it on LIVE TV. What if I looked dumb?

With radio, there was no concern about looking dumb. Now sounding dumb, perhaps. But I've discovered radio is a more intimate setting. Just you, the interviewer and a big microphone in your face. If I brushed my hair out of my face or talked with my hands as I often do it didn't matter.

Radio felt like sitting in the kitchen talking to a friend.

TV is like sitting in your kitchen talking to a friend, with 10 people looking on giving direction, adjusting lighting, testing your sound level, counting down the time, and all telling you to just act natural.

I will admit, if you watch my Live at Nine interview for the first few seconds I look scared to death. I wasn't scared, I just wasn't sure what to do or where to look. I was told not to look at the monitors, But did I look at the camera? The host?

Once the interview began I loosened up and felt more at ease. Again, I was telling my story. No one else in the world can tell my story, so it quickly felt natural. Or as natural as it can feel with bright lights and cameras in front of you.

So, looking forward to more promotional opportunities heading my way, I will remind myself of the following things I've learned this summer: 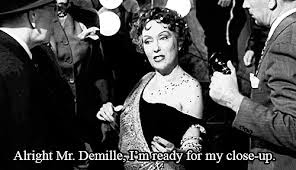 Posted by Jennifer Williams-Fields at 5:00 AM

Email ThisBlogThis!Share to TwitterShare to FacebookShare to Pinterest
Labels: author, book, Creating A Joyful Life The Lessons I Learned From Yoga and My Mom, how to do a live interview, keynote speaker, media, promoting a book, radio, self promotion, tv, writers problems