Control Issues Out Of Control

I don't exactly see them as control issues. More "if the world would just do things my way it would be a better place" type of issues.

But recently my control issues have been tested and at one point even went flailing out of control. Why?

I have teenagers! I have one teenager with his driver's license, a second teenager about to get his driving permit and a teenager who went away for an entire weekend to a rugby tournament without his momma!

Wait - I need to get back control here. I'm not sure there's enough pranyama or meditation in the world to deal with teenagers.

I've done my best to teach Kid #1 safe and responsible driving skills, but I've been told it's not normal to stalk and follow him every time he pulls out of the driveway. Not that I would do that. Maybe I would. I might have done it. But just a little bit.

Kid #1 has very specific instructions to text me when he arrives at his destination (but NOT while driving), text me when he leaves to go to a new destination, and he understands that I know exactly how long it takes to drive from our house to the pre-selected and agreed upon places he is allowed to drive to. I know down to the second how long it takes to get to Sonic! Don't test me.

Kid #1 has, so far, been very good about humoring my control issues. Except, this week he has an appointment with the Air Force recruiter. I've been calm and reasonable listening to him talk about it. I just continually tell him don't sign anything!

This weekend Kid #2 left to go to a rugby tournament 3 1/ 2 hours away without me. Not only did I not go, but I wasn't even in the same state when he left to ride out there with a family I had never met before. I wasn't even around to do a background check or pass judgement on this other family.

Rugby is a violent sport. It's a cross between soccer and football with made up rules and no protective gear. Not only wasn't I on the sidelines to cheer him on, but I also wasn't present to use my good karma and made up prayers to make sure he didn't get hurt.

Too much? I don't think so either.

Kid #2 has NOT been very good about humoring my control issues. I got one text from him Friday night letting me know he was eating dinner, one text Saturday night asking me to send him info he needed and one text Sunday night asking me to pick him up from the drop off point in 30 minutes. That's less than half the texts I should have received for those keeping track.

Kid #3 will go to high school next year and we go to registration this week. Apparently I am not allowed to fill out his course schedule based solely on what I think would be best.

Kids #5 & #6 so far are pretty good about letting me control their lives. Or maybe I'm just too focused on trying to control the older kids I've lost the energy to battle with my youngest daughter over wearing her cowgirl outfit to school.

Wear what you want. Just text me when you get there. 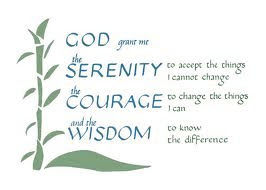 Posted by Jennifer Williams-Fields at 9:59 PM