In 2014 I am going to: See my book in print. Look only forward.  Follow my bliss. Listen to my heart. Be more present. Be more open.

In 2014 I am not going to: Talk myself out of taking chances. Be the first to put myself down. Constantly compare myself to others. Play small.

I didn't participate in #reverb12 last year. I was still in the eye of the storm of 2012 and nowhere near being ready to look back at what had happened. I certainly was in no condition to be manifesting for the year ahead.

Now as I sit here in December 2013 looking back at what all I've gone through, I can say:

Holy shit, I made it!

This post is part of #reverb13, a series of daily writing prompts to explore the year passed and to manifest the year ahead. This prompt was found at Kat McNally Words To Soothe The Weary Soul. 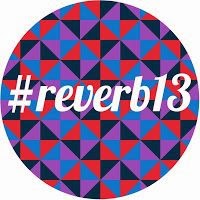 Posted by Jennifer Williams-Fields at 5:17 PM