My Weekend with John Friend

Was AMAZING.
I was more than my usual amount of nervous before going to the full weekend of workshops with the founder of Anusara Yoga himself, John Friend. You actually have to apply to attend one of his workshops, and well, I was a little more confident on my application than in real life. Previous Anusara experience? Oh sure! Ability to do a handstand unassisted? Of course!
I needn’t have worried. The first thing that struck me was how nice everyone was. I mean really, really nice and friendly. There were many master Anusara yoga teachers there to assist at the workshops, yet there were no egos. No divas. Just genuinely friendly and encouraging yogis.
The weekend began with his Dharma Talk at the beautiful Glencairn Museum in Bryn Athyn, PA.  Almost 200 of us sat on an intricate 150-year-old rug in the front room waiting for John Friend to make his entrance.
Since most of us didn’t know we would be sitting on the floor, we jokingly apologized for our tight jeans and any whale tails that might be showing to the person behind us. The woman to my right was a costume designer for the Pennsylvania Ballet Company and had studied with John Friend once before. The man to my left was from Washington, DC and used all his vacation time to follow John Friend throughout the year on his Melt Your Heart Blow Your Mind Tour.
I don’t think he got my joke when I asked if yoga tours were to our generation what Grateful Dead tours were to our parent’s generation.
And that’s when it occurred to me, this yoga tour has a name? Melt Your Heart and Blow Your Mind. Don’t rock bands name their tours? Who does this John Friend guy think he is? Elvis?
And then, kind of like I imagine Elvis did, John made his entrance. And like I imagine the young screaming girls at an Elvis concert, I was enchanted.
The theme of his Dharma Talk was Enter the Dark and Shine the Light. He asked who among us has not suffered this year?  We shouldn’t be afraid of the dark. Darkness is natural. Radical transformation happens by going into the dark. 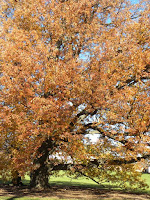