Memories of My Mom

Today I stood in the middle of 15,000 people and cried like a baby because I missed my mom.

Mom has been gone for a little more than three years now and I'm still not used to it. I think of her all the time and wish she were here to go to my girls dance recitals, my boys high school graduations or just to talk to about the boring day-to-day stuff like we used to. 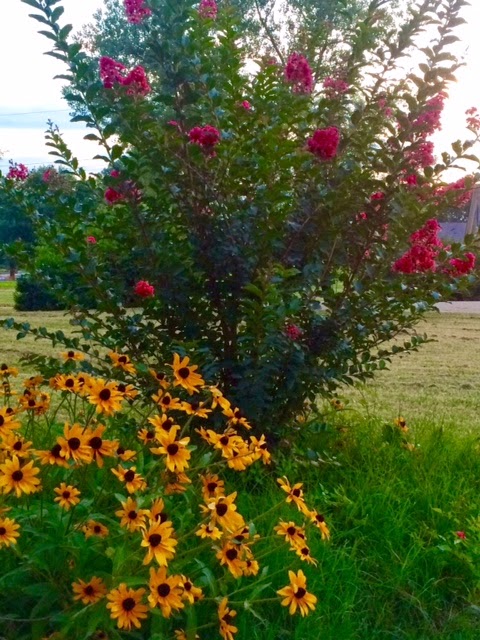 Lately there have been quite a few reminders of my mom.  Last year I planted a crepe myrtle tree in
honor of my mom and grandfather. I thought it might not have survived the winter but instead it blossomed beautifully. In my front garden, the morning glories climbed up the trellis, through the garden and down the sidewalk.

Kid 2 was going through some books recently and he found an old boarding pass I had used as a book mark. It  was the boarding pass I used to fly home on Christmas Eve 2010. Me and 6 kids rushed to board a flight, knowing it was my moms last Christmas, but not knowing if we'd get to her before an approaching blizzard. It was a blizzard that ended up shutting down most of the Northeast United States. We landed in Philadelphia just as the snow was starting to accumulate. It was the best/worst/craziest/happiest/saddest most memorable Christmas ever.

That old boarding pass is still sitting on my dresser. For some reason I just haven't thrown it away yet. 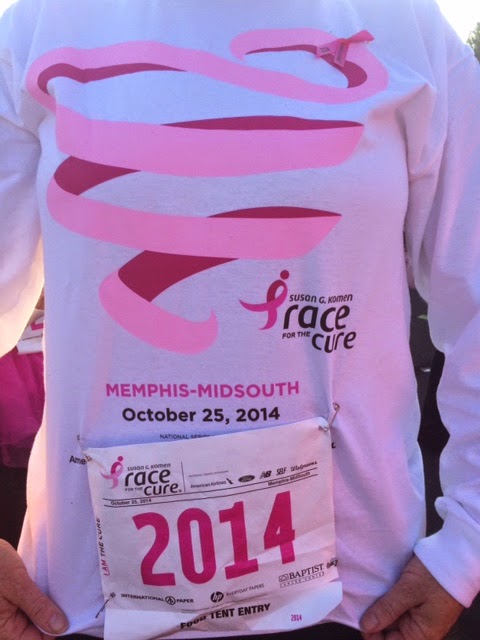 Today the kids and I participated in the Susan G Komen Race For The Cure. We've wanted to do the race for a few years now but we always had other commitments. Race For The Cure raises money
and awareness for breast cancer. Since my mom had liver, lung and brain cancer, but not breast cancer, I didn't write down that I was running in memory of my mom.

But then a weird and unexpected thing happened.

As we were standing in the warm up area before the race, I started noticing all the names on other peoples shirts that they were running for. Almost everyone was running either in celebration of, or in memory of, their mother, their sister, their wife or a friend. Some had actual names written on their shirt. Many just said "In memory of my mom".

Standing there in that sea of pink t-shirts, I became totally overwhelmed with emotion and started crying. More like bawling. As music played on the stage and people danced and cheered around me, I just stood there and cried. It was Kid 5 that was the first to notice something was wrong.

I told him I was OK, I just missed my mom. He put his arms around me and said "I miss Mimi too."

I pulled myself together and set out on the 3.2 mile course. I've often said that you meet the nicest people at races, and today was no exception. I talked to a man whose wife had just had a baby last night, but she insisted he be at the race today with their other children to run in honor of their aunt. A woman, not all that much older than me, was racing in memory of her daughter. Not in celebration of, in memory of, her daughter. I can't even imagine. Many women were running for their sisters. And I was surprised and happy to see so many men running in celebration of their wives. It's probably the only place I've ever seen so many men proudly wearing pink.

Tonight my mom, the kids Mimi, was on all our minds. They asked if next year I will put my moms name on my t-shirt even though it wasn't breast cancer that took her. Yes, I told them, I will. Cancer is cancer and cancer took my mom from me.

Next year my t-shirt will say "I run in memory of my mom. And I miss her every day."


Posted by Jennifer Williams-Fields at 11:32 PM

Email ThisBlogThis!Share to TwitterShare to FacebookShare to Pinterest
Labels: best Christmas, cancer, memories of my mom, race for the cure, Susan G Komen Race For The Cure, worst Christmas