In Defense of Pokemon Go

No, I don't play Pokemon Go. But I'm really enjoying the game.

Yes, I can tell you where all the local PokeStops are and I can kind of explain what a squirtle is. I also am proud to report that Kid 5 "controls the gym" at Orgill Park.

If none of that sounds familiar to you, then I'm guessing you don't have children or haven't turned on the news these past few weeks.

Pokemon Go is all the rage with the kids these days. And by kids I'm including more than a few adults I know who are also playing the game.

I had a few errands to run this evening, and as has become the norm, those errands took about 20 minutes longer than they should have because I spent extra time driving around so Kid 5 can get to some extra PokeStops. As he was getting back in to my car  another car pulled in behind us with three young 20-something guys. They asked Kid 5 if he just took the gym.

These young guys told him no, they were going to let him keep the gym because they don't steal from kids.

Kid 5's smile was so big at that moment it made me smile too. And I was so impressed with the other guys that they let a younger kid "control a Pokemon gym" for just a little longer.

Yes, there is competition in Pokemon Go to level up, but there also seems to be a camaraderie among players. I've heard them tell each other where to go to find a rare Pokemon and share tips on the best PokeStops.

But the news doesn't show that stuff. More likely you've seen reports of kids walking into the street and getting hit by cars because they were too busy looking at their phones in search of Pokemon.  Or a few instances where players were robbed while playing Pokemon Go. There's even a video going around that shows a police car being sideswiped by another car. When the driver gets out to survey the damage, his first words to the cops are "that's what I get for playing this dumb ass game."

Sure, all those examples are bad. But kids have been running into the street chasing balls forever. Bad people are going to prey on the innocent no matter what. And distracted drivers are a menace whether it's Pokemon Go, texting or just simply not paying attention.

But, this game has done some really great things too.

Today I saw two different news stories about Pokemon Go. Children's hospitals across the nation are using the game to help children have a somewhat normal social life while confined to the hospital. And a nursing home is helping their elderly residents learn the game as a means of encouraging them to get up and walk around for exercise.

In my own home, I've experienced these near miracles:

Even my normal errand running on the weekends has taken on a new meaning. I actually enjoy the extra time spent in the car listening to Kid 5 talk Pokemon. Just those few extra minutes and my willingness to take an alternate route home are all it takes for us to spend some time together and make him happy.

Kid 5 is too often the child who I am afraid is being left out. He's also the one that has had the hardest adjustment these past few years.

So if a simple little game and a few extra minutes is all it takes for some happy, peaceful family time, then yes, I'm a fan of Pokemon Go. 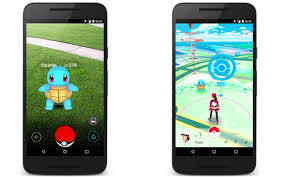 Posted by Jennifer Williams-Fields at 10:45 PM